Decathlon Ireland are proud to support 9 Irish men who rowed the Atlantic ocean in the Tallisker Whisky Challenge. Including Record Breaking finish from Team Brugha. Read more about their story in this blog. 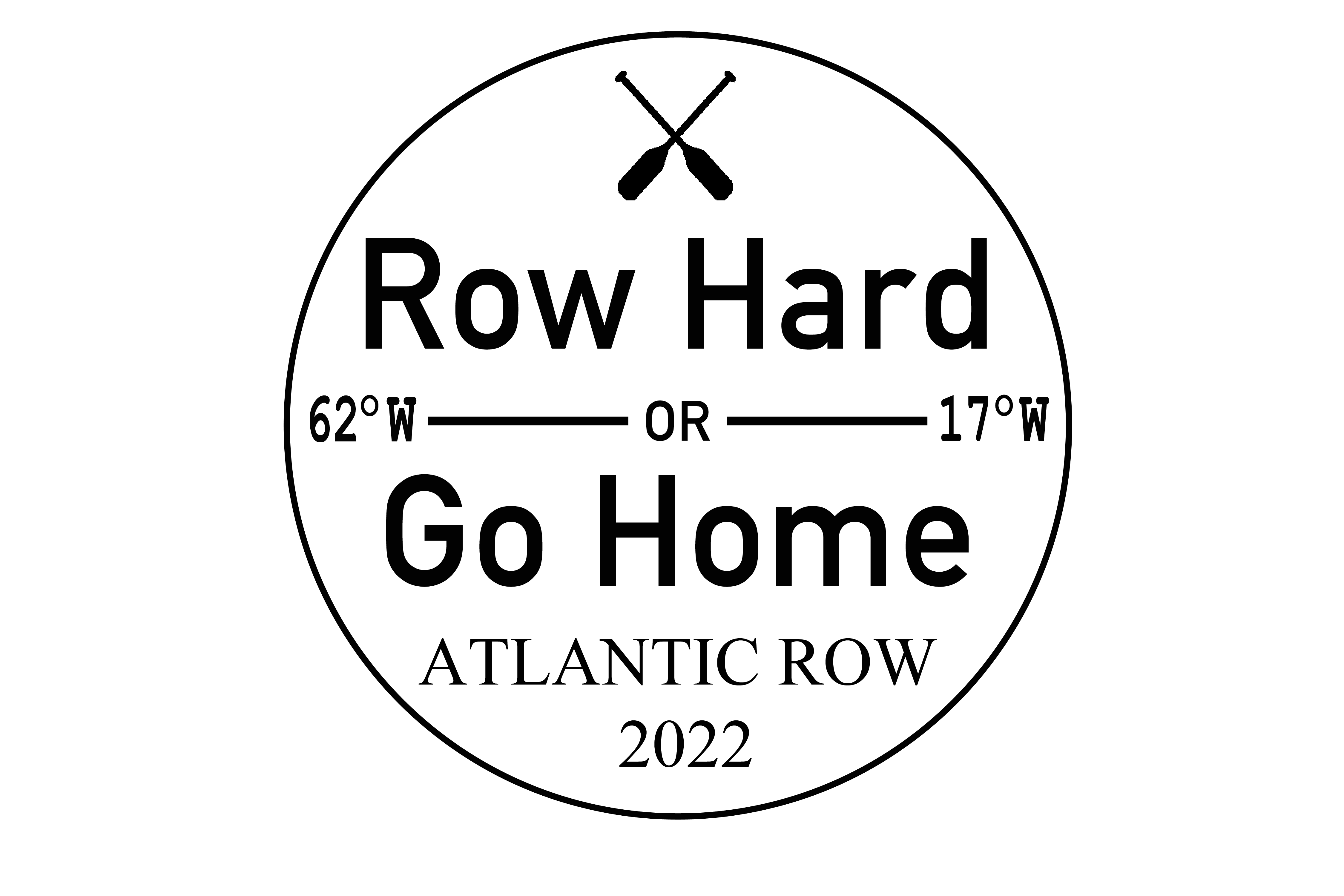 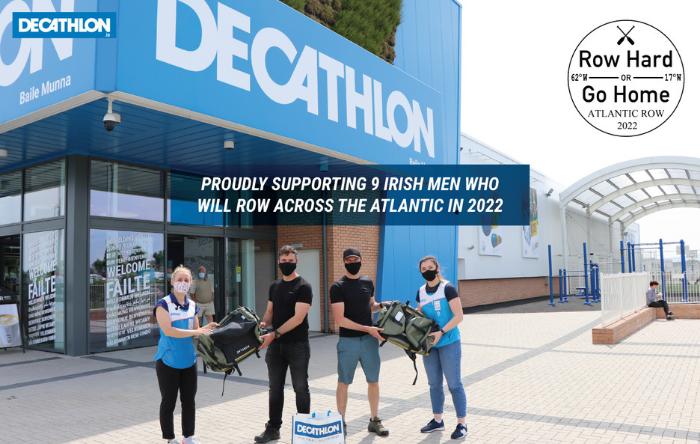 What is Row Hard or Go Home?

Row Hard or Go Home is a group made up of 9 Irish men, who have set out to row 4800KM across the Atlantic Ocean in 2022 while raising funds for charity (both the RNLI & the Laura Lynn Foundation), as part of the Tallisker Whisky Atlantic Challenge. The team have already smashed their target of raising and impressive €30,000 for charity, but there is still plenty of time to support the teams and their fundraising efforts for two very well-deserving organisations on their gofundme.

The Irish Teams Rowing Across the Atlantic:

The core strength is the team itself. They came together, driven by a passion for adventure and the desire to see what they can achieve through hard work and dedication.

Team One - Brugha: The fastest team of five to cross the Atlantic Ocean (Rowing)

Brugha is the Irish rowing team that has successfully set a new world record for the fastest team of five to cross the Atlantic Ocean, rowing from the Canary Islands to Antigua in the Carribean in 33 days 12 hours and 39 minutes.

The team beat the previous record of 35 days, 19 hours and 50 minutes that was set in 2019 at the Talisker Whisky Atlantic Challenge.

Builder and Entrepreneur Diarmuid, joined by his brother Gearoid, a Guinness World Record holder and @irishaircorps pilot. They were also joined by their 3 Adventurer friends: Engineer and Champion Piper, Shane; Engineer and Mine Clearance Diver, Derek; and Civil Engineer and builder, Tom.

The boat was proudly named Brugha as Gearóid and Diarmuid are great grandsons of Cathal Brugha who served as Minister for Defence from 1919 to 1922.

The hardy 4-man crew! Dan, Jim, Eugene, Frankie are on board Crean.

Eugene and Frankie, twins from Louth, are both @irishaircorps pilots (and possibly the first set of Irish twins to have rowed an ocean!). Joining them will be Dublin man and Ironman champion Dan, as well as Roscommon native, Marathon Runner, and Granddad 5 times over Jim.

The team is named 𝑪𝒓𝒆𝒂𝒏 after Thomas Crean who is undoubtedly Ireland’s most famous seafaring adventurer.

These guys are close to the finish line, expecting to finish in the top 10 teams in their category.

The TWAC is the premier event in ocean rowing. A challenge that took the men more than 3000 Miles from San Sebastian in La Gomera, Canary Islands, Spain (28oN 18oW) to Nelson’s Dockyard, English Harbour, Antigua & Barbuda (17oN 61oW). The race began in December 2022 with up to 30 teams participating from around the world.

What are some of the difficulties faced during the Talisker Whisky Challenge?

During the race the men battled with sleep deprivation, salt sores & physical extremes inflicted by the race. Rowers are left with their own thoughts, an expanse of the ocean and the job of getting the boat safely to the other side of the Atlantic.

Throughout their crossing of the Atlantic, the Row Hard or Go Home teams endured physical, mental and technical difficulties.

Each team member was dramatically tested throughout the race, often needed to support from the ocean and in the boat, with many challenges from snapped oars, flying fish joining them onboard, even cleaning the underside of the boat during the race!

Rowing 2 hours on, 2 hours off gave very little time for rest or recovery. The Irish rowers gave it their all and we're sure they have absolutely no regrets and will wear their blisters & beards with pride.

Why would anyone want to row across the Atlantic?

The mental and physical endurance will result in a life-changing achievement that will never be forgotten.

Their aim as a group is to inspire hope, belief and motivation for people of all ages who have, and still, deal with dark times. As a bunch of normal people, they aim to show the World that anything is possible as they rowed through an unsupported 4800km across the vast Atlantic Ocean.

‍
For these two Irish teams, they have also collectively fundraised throughout the entire process for both the Laura Lynn Charity & the RNLI. Their current gofundme page is sitting at €49,000 so far, surpassing their goal of €30,000 at the half-way point in the race.

These Irish Men showed that anything can happen with grit, determination, a strong mindset and the support of each other and those around them.

We are very proud Gold Sponsors of all nine Irish Rowers taking part in this challenge. We have provided the teams with gear & clothing that has stood them well through training and also for the ongoing adventure. 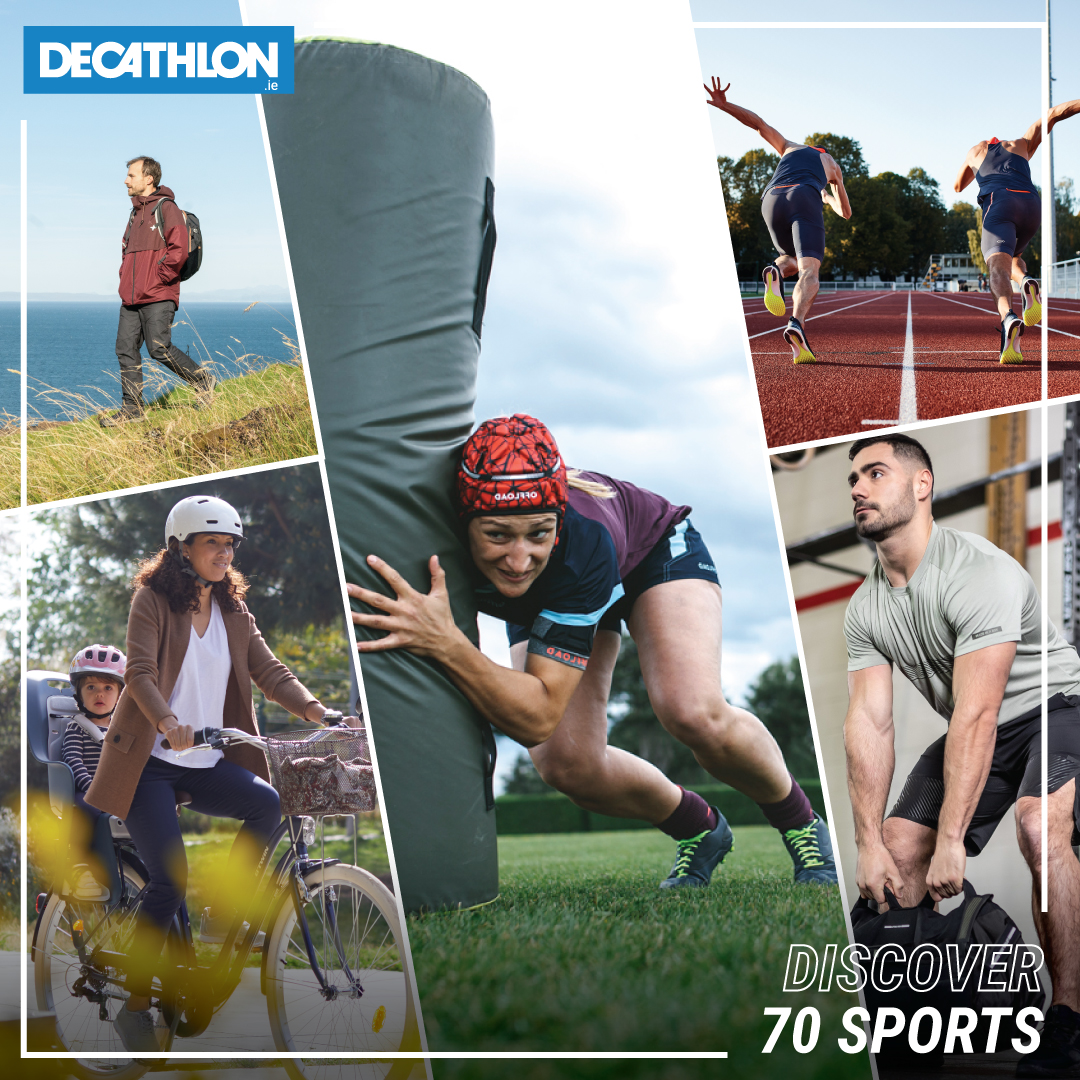 All you need to know about Kayaking in Ireland

9 Iconic Decathlon Products You Should Know About

Water Safety - 5 things to remember when going out on open water.